Twice a year, the Miami Herald goes on the hunt for new members for its CEO Roundtable. As chief executives at small businesses, large corporations and nonprofits in a range of industries, the Roundtable business leaders are intimately familiar with the local economy and the topics that affect companies and their workforce.

Principal and Senior Project Engineer, Jalal Farooq was selected among twelve other executives to be featured in the Herald’s weekly discussion regarding the gender gap in management, hurricane season preparation in South Florida, tariffs, work-life balance, and more.

Jalal Farooq is a principal and leader of Al-Farooq Corporation’s team of engineers who specialize in engineering, product development, and product consulting for building envelopes and impact-resistant windows and doors. He has a bachelor’s degree in civil engineering from Florida International University and has a master’s degree in structural engineering and geomechanics from Stanford University.

John Benz is the president and CEO of Community Care Plan. Benz has more than 40 years of experience in the healthcare industry, working to strengthen the community by focusing on accelerated performance in service, quality, finance, people, and growth. He has a proven track record of developing and implementing transformational strategies and fostering collaboration by establishing clinical alliances and securing strategic partnerships in order to create highly integrated models of care.

Armando Caceres is CEO and founder of All Florida Paper. The company, based in Medley, has about 100 employees and distributes throughout Florida, the Caribbean and Latin America. The company also celebrates its 25th anniversary this year.

Ralph De La Rosa, who was born and raised in Miami, is building upon his late father’s pioneering legacy in international trade. Under De La Rosa’s direction for the past 20 years, Imperial Freight has grown into a full-service logistics firm with a global reach. Imperial Freight Brokers, founded in 1971, is based in Doral.

Kelly-Ann Cartwright represents corporate clients in general civil and commercial litigation, with an emphasis on business torts and labor and employment law. She is the executive partner of Holland & Knight’s Miami office and chair of the firm’s Directors Committee. Cartwright was born in Guyana and came to the U.S. with her parents at age 11. She is a graduate of the University of Florida and University of Florida Levin College of Law.

Dr. Julio Frenk became president of the University of Miami in 2015. He was previously dean of the Harvard T.H. Chan School of Public Health and minister of health of Mexico. He is the founding director-general of the National Institute of Public Health of Mexico and has held top positions at the World Health Organization and the Bill and Melinda Gates Foundation, among others. He holds an M.D. from the National University of Mexico, and a master of public health and joint Ph.D. in medical care organization and sociology from the University of Michigan.

Kaizad Hansotia has almost 30 years experience in the cigar business since launching the premium luxury cigar brand Gurkha Cigars. In launching Gurkha, Hansotia created what is known today as the ultra-premium cigar category and has set industry standards in the packaging of cigars. Gurkha Cigars produces millions of cigars per year that are sold in more than 70 countries worldwide.

Javier Holtz was named chairman of the board and chief executive officer of Marquis Bank in 2010. Holtz has more than 30 years of banking experience with state and nationally chartered banks. Under his leadership, Marquis Bank has seen consecutive profitable quarters that include assets reaching over $580 million and recently earned its 21st consecutive five-star Bauer Financial Rating. Holtz is vice mayor of Indian Creek Village, where he has been a council member since March 2008.

Camilo Miguel Jr. founded Mast Capital in 2006 and is its chief executive officer. He has ultimate responsibility for Mast Capital’s investment strategy, risk management, and operations. Mast Capital is an investor and developer of high-end for-sale residential, hospitality, office and retail projects, with a particular focus on high barriers-to-entry markets. Before founding Mast, Miguel was founder and president of Vertica Group, a land investment, and repositioning company, where he oversaw all aspects of the businesses, including acquisitions, entitlements, operations and asset management.

Noreen Sablotsky is founder and chief executive officer of Imalac, a technology company focused on increasing the efficiency and practicality of breast pumping for lactating women by coupling breast massage either in conjunction with the use of an electric pump or as a stand-alone milk-expression system. She is also a limited partner in NGT3 (Nazareth, Israel). NGT3 is the second-generation fund of NGT (Next Generation Technology). NGT was founded in Nazareth in 2002 following a government resolution to establish a technological incubator in the Arab sector and encourage Arab and Jewish collaborative entrepreneurship.

Deborah Spiegelman is the CEO of the Miami Children’s Museum. She is a nonprofit specialist with over 35 years of experience. Under her leadership, the museum has seen over 5 million visitors since opening in 2003 on Watson Island. The institution includes an onsite preschool and charter school serving 400 children a day, after-school programming in Liberty City for 200 students, and programs for children with autism and special needs.

Steve Upshaw was appointed CEO of Cross Country Home Services in June 2015. He is a veteran in business transformation, with an emphasis on advancements in human capital, revenue diversification, company culture transformation, innovation, and technology. Upshaw is also experienced in developing and delivering consumer solutions through direct affinity partnerships and direct-to-consumer applications using multichannel marketing techniques. 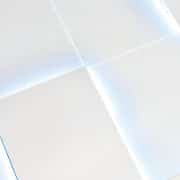 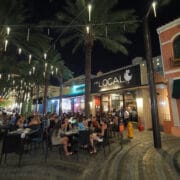 As The Plaza Coral Gables Tops Off, AFC Prepares for Phase Two 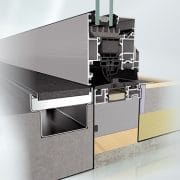 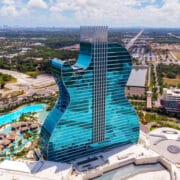 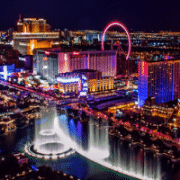 Jalal Farooq Discusses how Al-Farooq Corporation is preparing for 2018 hurricane...
Scroll to top